“I would absolutely recommend Mike Staff Productions. It was much more affordable bundling and being that everyone knew each other made it a lot easier to coordinate our wedding day. Thank you for all your hard work!”– Amber White

“To be honest our love story happened fairly quick.

The night I met Anthony, December 14, 2015, I was working and his cousin. My co-worker invited him up to our work because he had just gotten back from South America and was home on Christmas leave. He came up solely because he wanted to win Red Wing Tickets which my company was were raffling off that night. I knew the second his cousin, Erin introduced us that I was going to marry him. He ended up winning the tickets and I went home and told my Mom that I met my Husband.

We had our first date two days after which lasted a total of 14 hours. From the beginning it was bitter sweet because I knew he would be deploying in June of 2016 to Afghanistan for a year.  One thing about me is I am pro-military but I was never pro dating them because I never thought I could handle it but when it came to Anthony I had no control, I was so in love with him and I knew God had a plan and he was it.

Two weeks after we met he was heading back to Texas and the thought of having to be away from each other so soon was gut wrenching so I invited myself to tag along. We took a three-day road trip to Austin stopping in Memphis and Dallas. We spent the rest of the week in Austin and had the time of our lives. That was our first New Years together. Once that week ended I eventually had to go back home. Two days later he bought a plane ticket back. From that point on Anthony flew back home almost every weekend because I could not take any more time off from work.

Flash forward to May 2016. One month away from the inevitable deployment! We wanted to spend as much time together alone as possible so we planned a trip to Nashville and Sarasota, FL. It was filled with fancy hotels, delicious food, good drinks and a lot of romance.

Monday, May 9th 2016, only five and a half months after we met he planned a sunset dinner on Lido Beach in Siesta Key. As we were walking down the beach I noticed a white tent set up with pictures of Anthony and I hanging along with reasons why he loved me. Leading up to the tent was rose pedals and flowers. Once we entered the rose pedal heart beneath the tent he explained how he would always love and protect me. Once he was finished he got done on one knee and asked if I would marry him. Of course I said Yes! He Then said “and your Mom knows, and your Dad knows, and that is our photographer”.. Yes, he had a photographer who captured every minute, even us walking down the beach. I couldn’t have proposed to myself any better.” (Proposal photos provided by Amber & Anthony)

Anthony is a U.S. Army CPT and has served for almost seven years. He is a UH-60 Black Hawk and RC-12X aviator.

“As a kid I always played with GI Joes and knew in someway I wanted to be in the military. After 9/11 occurred I got a sticker from school that said I will fight for freedom and I put it on my bedroom door. I was in 7th grade and knew I needed to do my part from that moment on.” – Anthony White

Thank you for your Service!

Why Videography Was Important To Us

“Getting the wedding video was very important to us because we knew our wedding day was going to be surreal and not feel real. We knew we wouldn’t catch all the moments we would want to see and we knew one day we want out children and their children to watch it. Videos tell more than pictures, and that’s what we love about it. Tyler did an absolutely amazing job with ours. Our video is something we will have forever.”

“My favorite moment was the reaction from the two most important men in my life, Anthony and my Dad when they saw me for the first time as a bride. I also really enjoyed our introduction and first dance. We truly crushed it without practicing even though a bunch of people thought we did.” – Amber 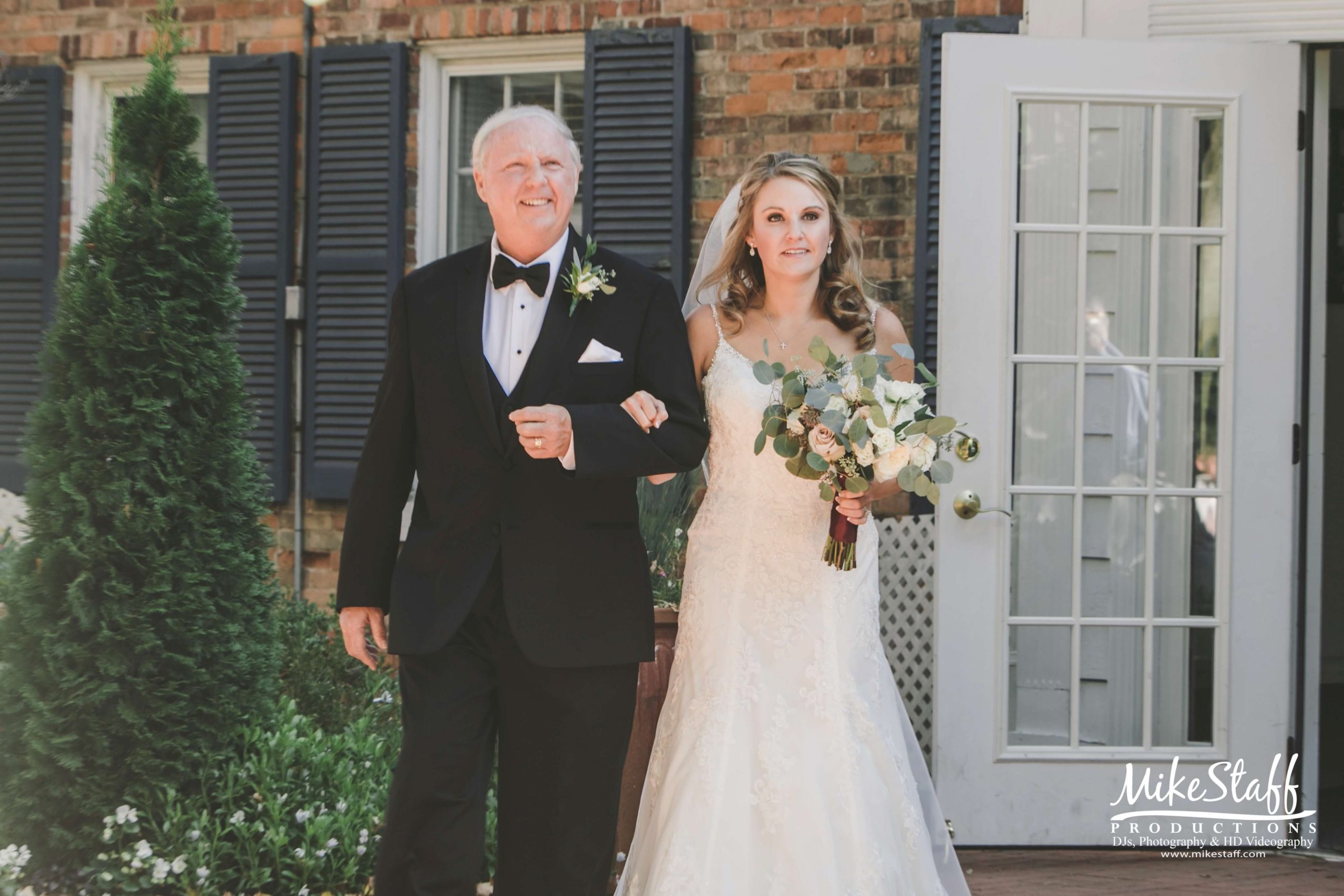 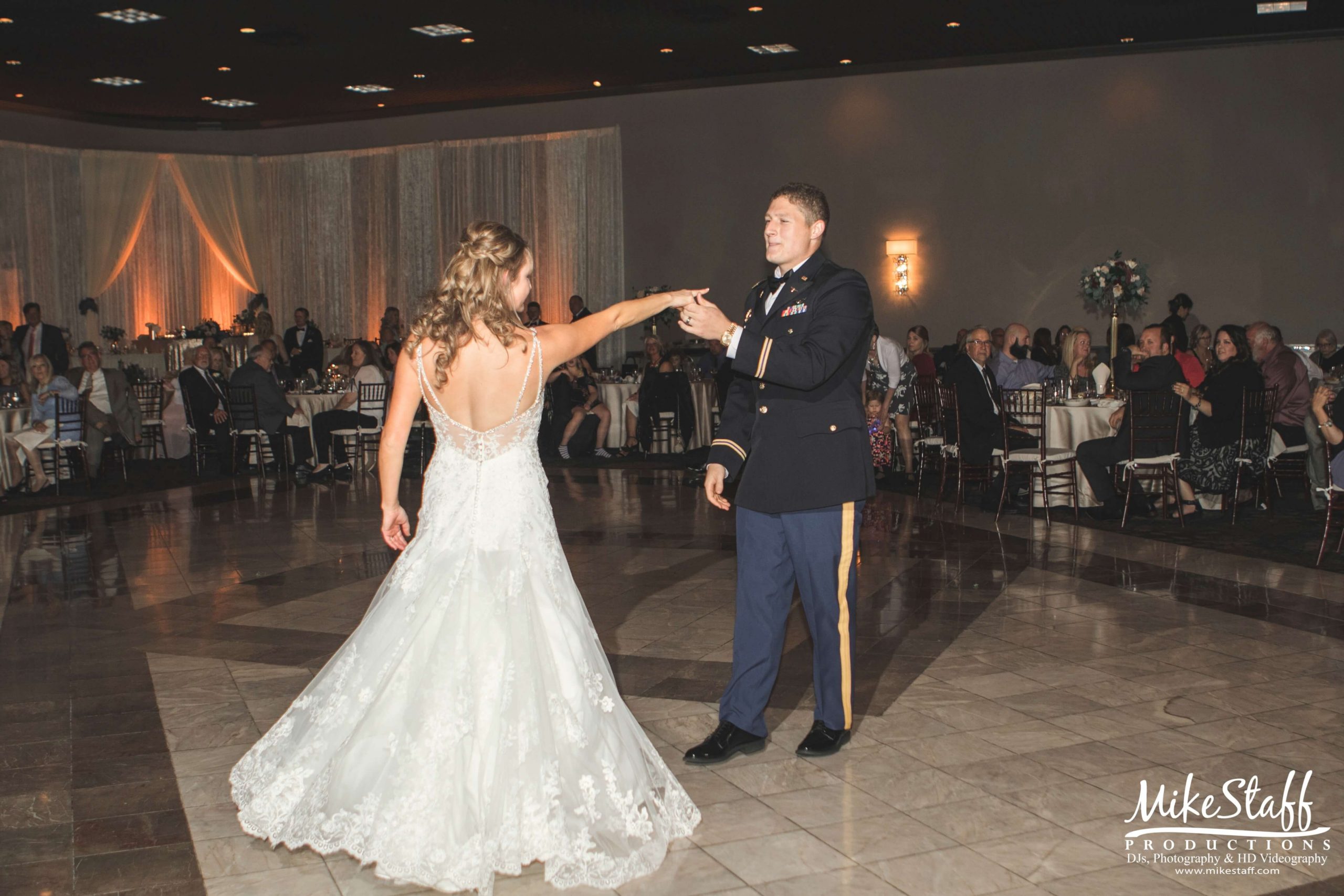 “My favorite moment was watching Amber walk down the aisle. She looked so incredibly beautiful I couldn’t help but start to cry. My second was when we read our vows. It was a surreal moment and I could only think about her and I at that moment. It was as if everyone had disappeared.” – Anthony 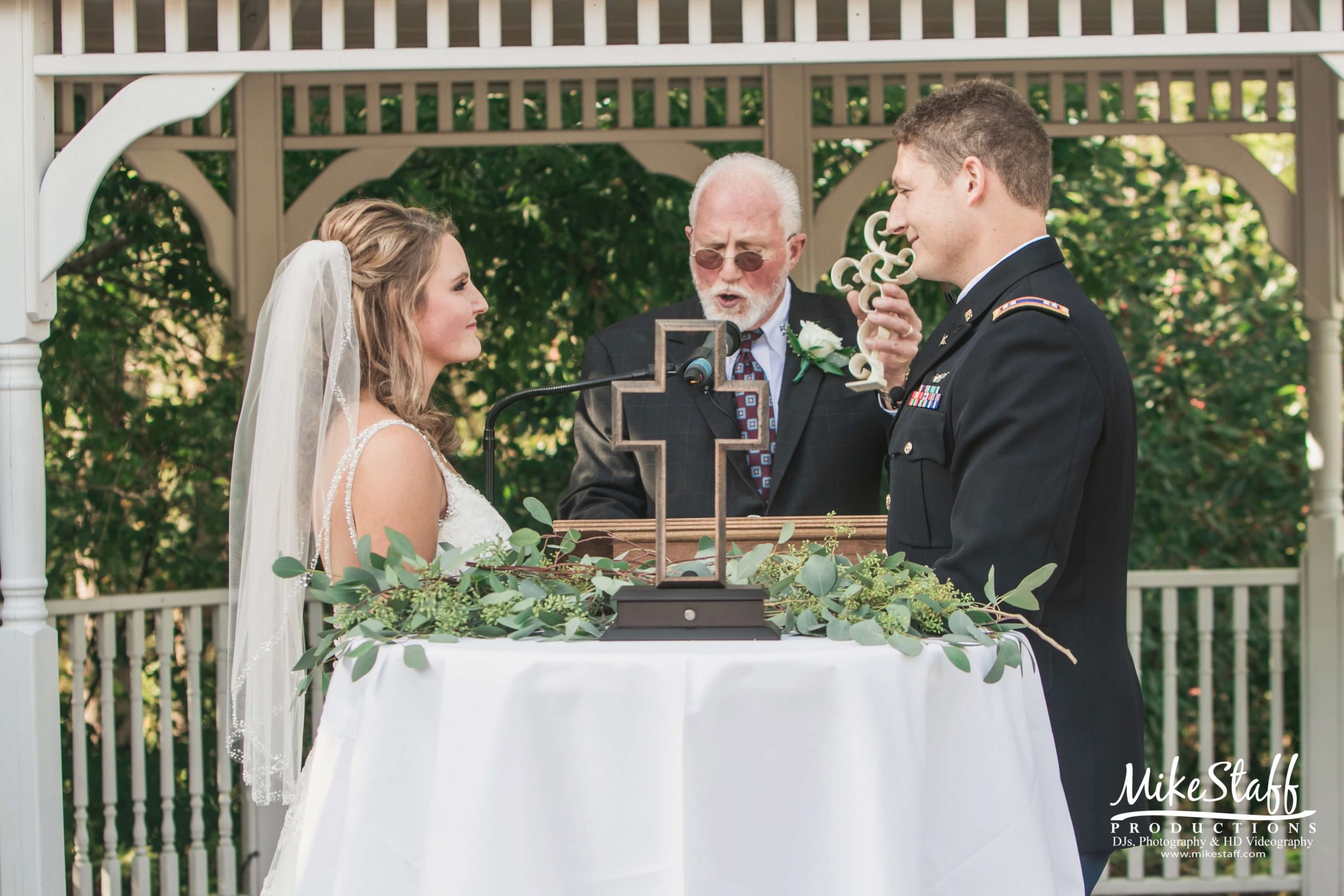 “Stand by Me by Florence and the Machine was our first dance song. We chose that song because it’s what we have done since we first met and it’s what we will always do no matter what. Even if were 1,200 miles apart.

Our Mike Staff Productions DJ, Kevin honestly had people dancing the moment we finished the formal dances! But there is one defining moment I felt he turned a great part into a WILD party and that’s when he played ‘Old Time Rock and Roll’ by Bob Seger. Kevin got the first encore I have witnessed at a wedding! No one wanted to leave he was so good!” 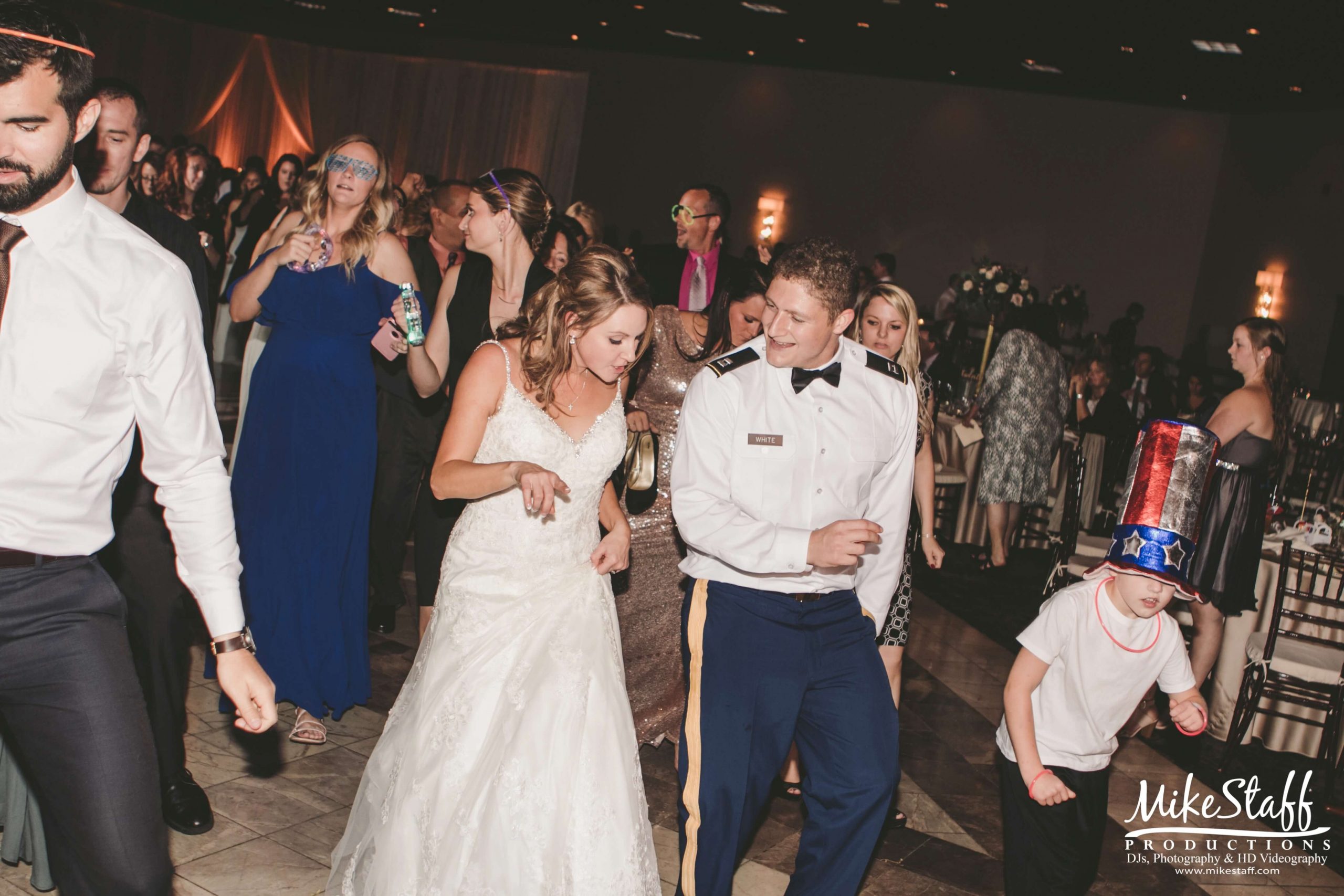 Don’t trust your wedding to anyone else. Mike Staff Productions would be honored to bring your vision to life. Let’s get started!

Enter to Win a FREE